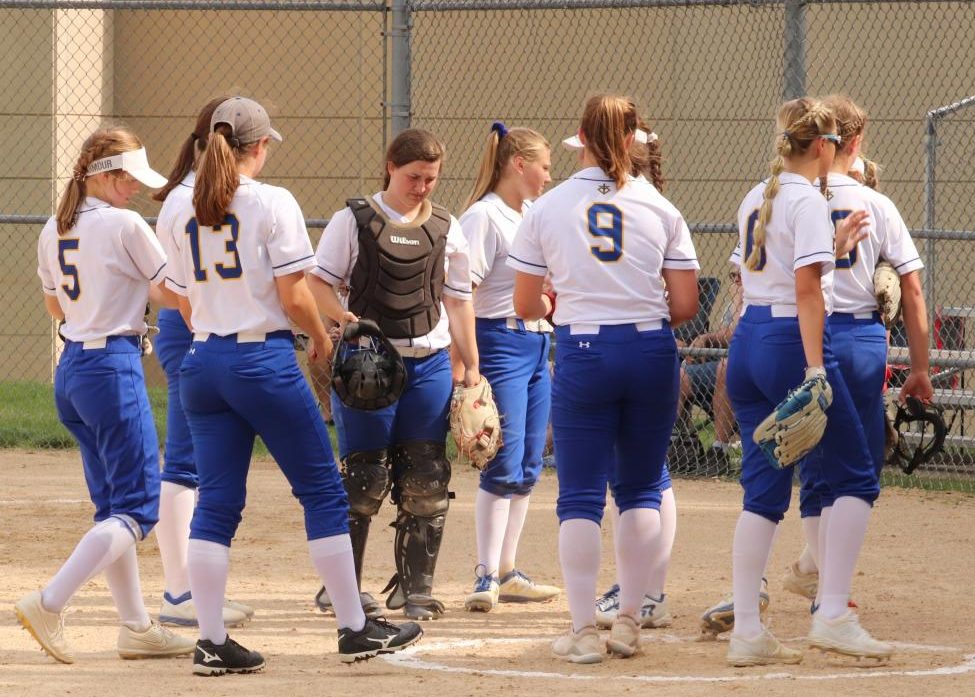 Softball swings its way to success

Despite COVID, seniors lead the team to winning season

“All in.” This was the 2020 girls’ softball team motto. In the midst of a crazy season, many of the girls feel that they were able to achieve this goal. Even as Covid-19 cases and guidelines continued to increase, the girls were able to be one team six feet apart.

The team proved themselves to be “all in” in their first regional game against the Clinton River Queens. Clinton held a tight 1-0 lead over Wahlert for the first four innings before the Eagles scored 11 runs in just the fifth inning, ending the game early.

“Going into the game, we were very confident as a team,” said Paige Hummel, ‘20, “We played them last year in the first round, and it was a close game. We did not want to go through that again, so we played like it was our last game together.”

Along with their team motto, another important part of the team’s success was their team dynamic led by the seniors. The 2019-2020 team’s seniors were Paige Hummel, Lily Roth, and Ellie Timmerman.

Natalie Kelzer, ‘22, said, “Last year (2019) we had two seniors and five juniors, so it feels like the current seniors have been leading us for a while. It will probably be a big change next year not to have them.”

On every sports team, the dynamic of the team can greatly affect the team’s play. The Eagles’ final record of 5-2 proved that they could not be counted out, and their many key returners will help them keep this confidence next season.

One key returner, Tierani Teslow, ‘23, said, “The upperclassmen were extremely committed to softball, which helped drive the rest of the team to want to do well.”

Maria Roth, ‘23, agreed, “At the beginning of the year, we made goals around our motto. We knew we had to be ‘all in’ as a team to achieve our goals and play our best.”

Overall, the Eagles had a successful season, despites Covid guidelines and restrictions. In the past two years, the team has been beaten in the second round of postseason. Therefore, fans can expect to see next year’s team extremely driven to go even farther into postseason play.

If you want a picture to show with your comment, go get a gravatar.

The Gleaner • Copyright 2020 • FLEX WordPress Theme by SNO • Log in