Girls pin it to win it 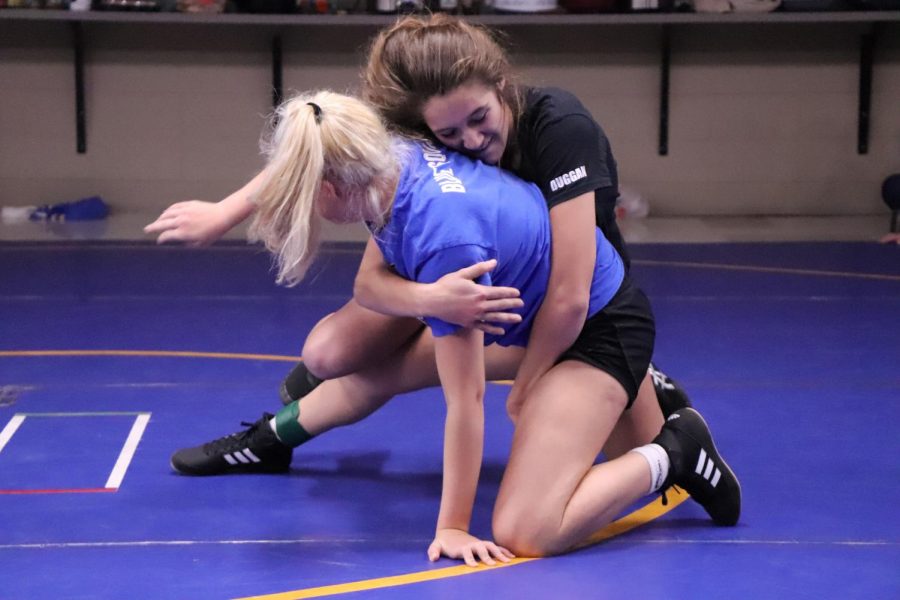 What started as an idea by girls and Mr. Joel Allen has turned into a real sport  at Wahlert. Girls’ wrestling is now a thing!

So far it seems to be a success with the girls. Rachel Eddy, ‘20, commented on how it came to be: “Us volleyball players got to talking about doing it as a joke, but now we actually went out, and we like it.”

Another wrestler, Grace Burke, ‘20, tells almost the same story: “Some of my friends and I decided to join because we heard Mr. Allen talk about it during sociology. It kind of started as a joke club but it then turned into an actual sport.”

Burke commented on how she likes wrestling despite not having much background in the sport: “I’ve never wrestled before or even watched anyone wrestle. It wasn’t what I expected, but practicing and competing is fun.”

People may think that the girls are not ready for the challenges of wrestling, but Eddy believes otherwise. “Everyone is very welcoming, including Mr. Allen and the guy wrestlers. Us girls are very supportive of each other,” said Eddy.

Overall, the girls wrestling team and Coach Allen are making a statement that any sport can be for anyone regardless of gender. With the boys winning Wahlert’s first  state wrestling title in 2018, girl’s wrestling will only strengthen the program as strength in numbers and in diversity help it soar to new heights.