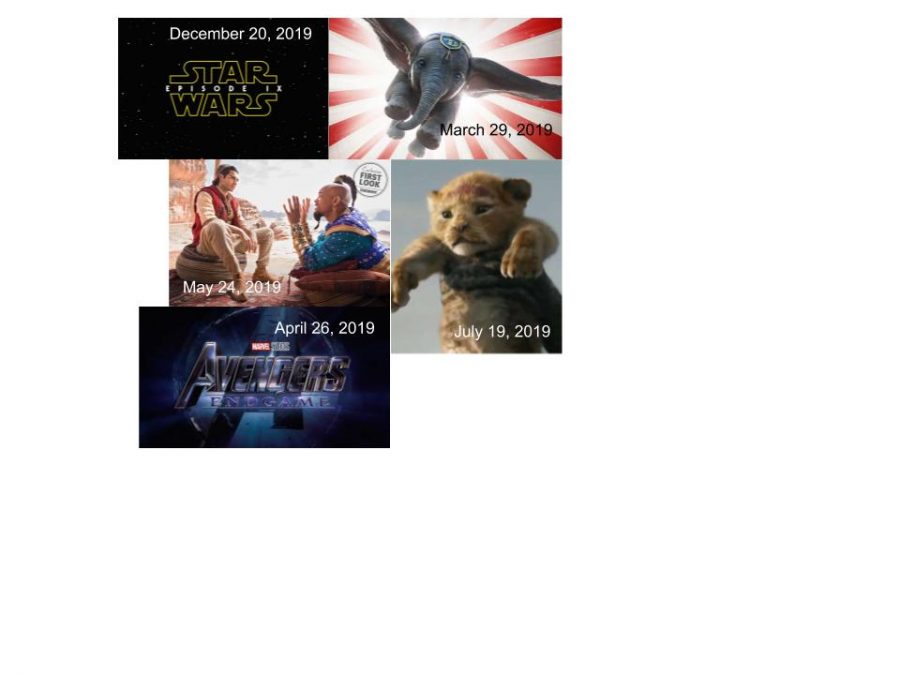 In 2018, avid theater goers were transported to places such as the land of Wakanda or travelled back in time to a 1970’s Queen concert. Some of the new movies, however, are going to bring you back to your own childhood, with live-action remakes of Lion King, Aladdin, and Dumbo.

2018 was a notable year in categories such as music, movements, and even a royal wedding. But 2019 is going to be bigger and better, especially in terms of films.

Movies of 2018 were impressive because they were constantly keeping you interested. Last year, sequels had audiences returning to the theaters to continue following the stories that they had previously fallen in love with. Thrillers had you sitting on the edge of your seats with  want for the ending. Romantic comedies even had your eyes watering with tears of joy as you burst into laughter. 2019 is going to be even better. The new, live-action takes, or even sequels, will really make you feel alive and as if you were a part of the movie.

Star Wars is one of the biggest film franchises of the 20th and 21st centuries. So it’s no surprise that a Star Wars IX is being released in 2019 to progress the fantasy. But along with that, Avengers is continuing their story with Avengers 5: Endgame. Extending the adventure will leave fans with multiple emotions, as all of them do.

These types of movies are part of the reason why 2019 is going to be a year of exceptional movies.

In the end, 2019 will be an interesting year for thrillers, sequels, and reboots. Mark your calendar, for these new and upcoming films are something that you are not going to want to miss. 2019 will be one for the books.