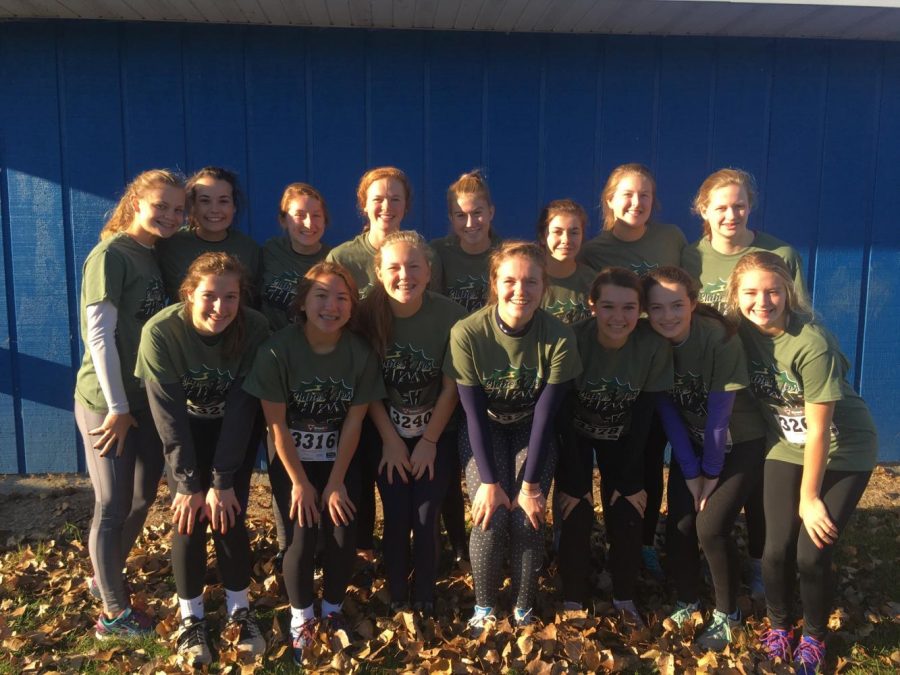 Support is given by the community of Wahlert at Shine for Shane.

On Sept. 30th, the Wahlert community came together to remember Shane Broderick, ‘12. As a student at Wahlert, Broderick was involved in soccer, cross country, wrestling, and The Gleaner.

Katie Wedewer and Danielle Hasken, Broderick’s former classmates, organized Shine for Shane. The 5k had around 150 participants and was held at Wahlert.

“Danielle and I started thinking of ways that we could honor Shane over the weekend of Wahlert’s homecoming,” Katie Wedewer said. “We took into account that Shane participated in cross country and that it was our 5 year reunion, which were both perfect reasons to bring people together for a 5k. He is missed every single day, so this was just another way to keep his memory alive.”

Clare Broderick, ‘20, thought the 5k was a great way to remember her brother Shane.

“A lot of Shane’s friends came back from Creighton,” Broderick said. “I think they did a great job of honoring Shane with a 5k because he participated in cross country.”

Molly McDonald, ‘20, also thought that the run went well. “There are a lot of runners at our school,” McDonald stated. “If the event continues annually, I think that more and more people would come every year.”

All of the money raised will go towards the scholarship fund established in Shane’s name and the Broderick family really appreciated all of the support. Wedewer and Hasken plan on organizing Shine for Shane again in the future.